Frederick (Fred, for short) is a quadruped robot, equipped with LIDAR technology and a fully automated firing system, built for the MechWarfare Robot Competition at Shepard University's Robotfest 2017. The robot brought together a modular mechanical design, an efficient electrical system, and a robust software program which were key to overall functioning of the system.

The MechWarfare Robot Competition at Shepherd University's Robofest is a challenge that simulates robot combat in an arena with scaled terrain. Each team builds 1/24-scaled armed robots that are piloted through a wireless first-person POV system. The competition places robots head to head in a gunslinging battle to determine a victor. 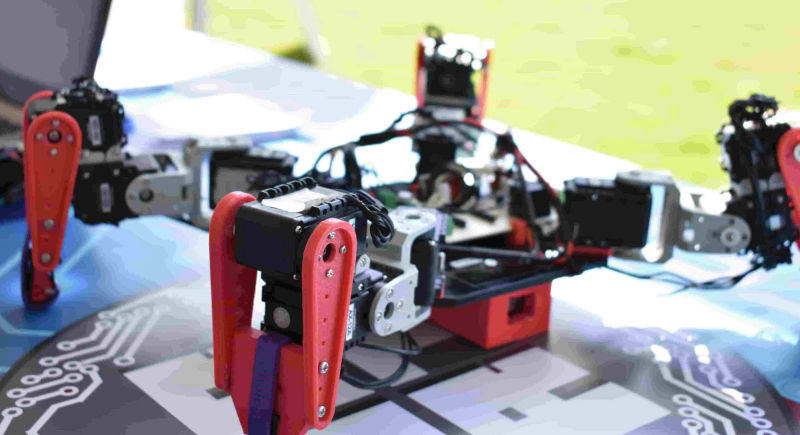 Side-view of Fred, without the turret 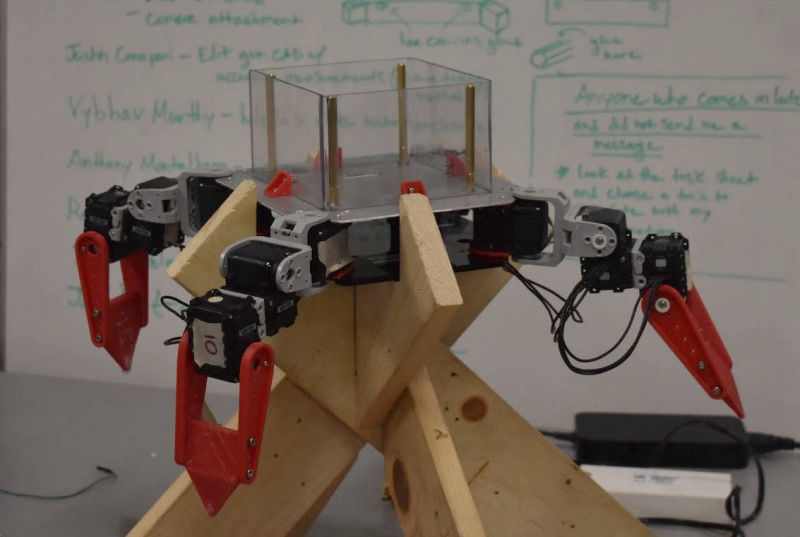 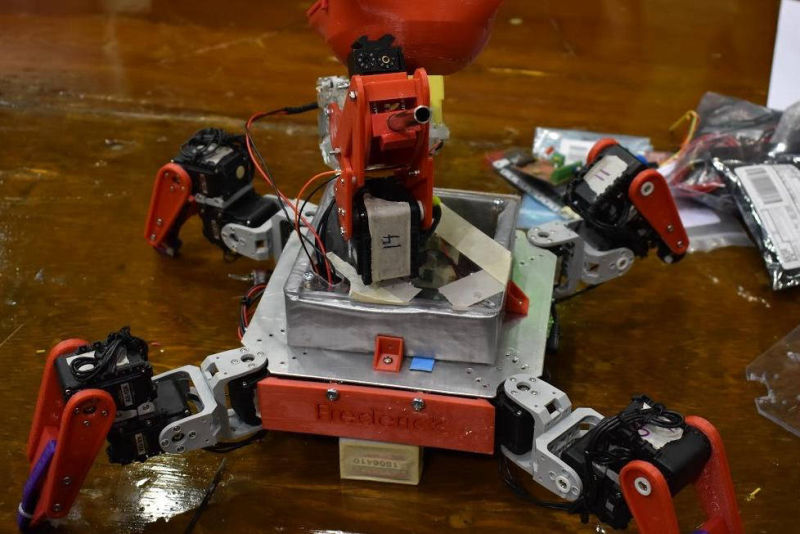 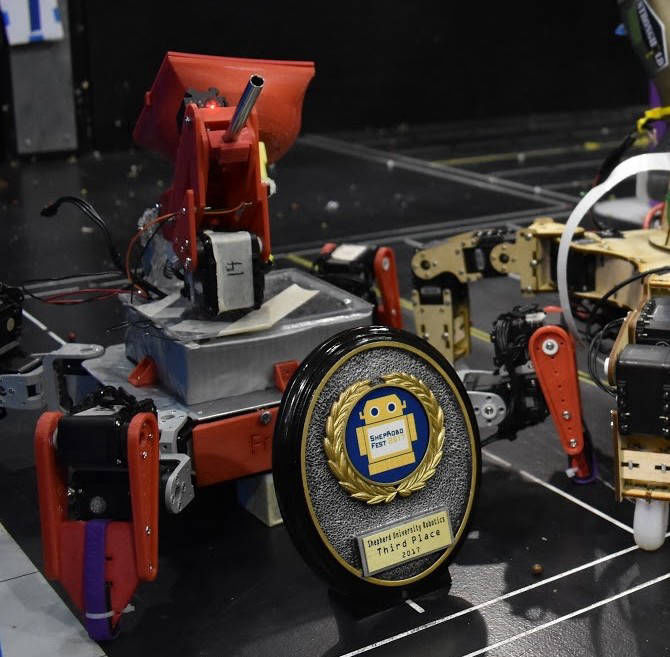 Fred at the awards ceremony 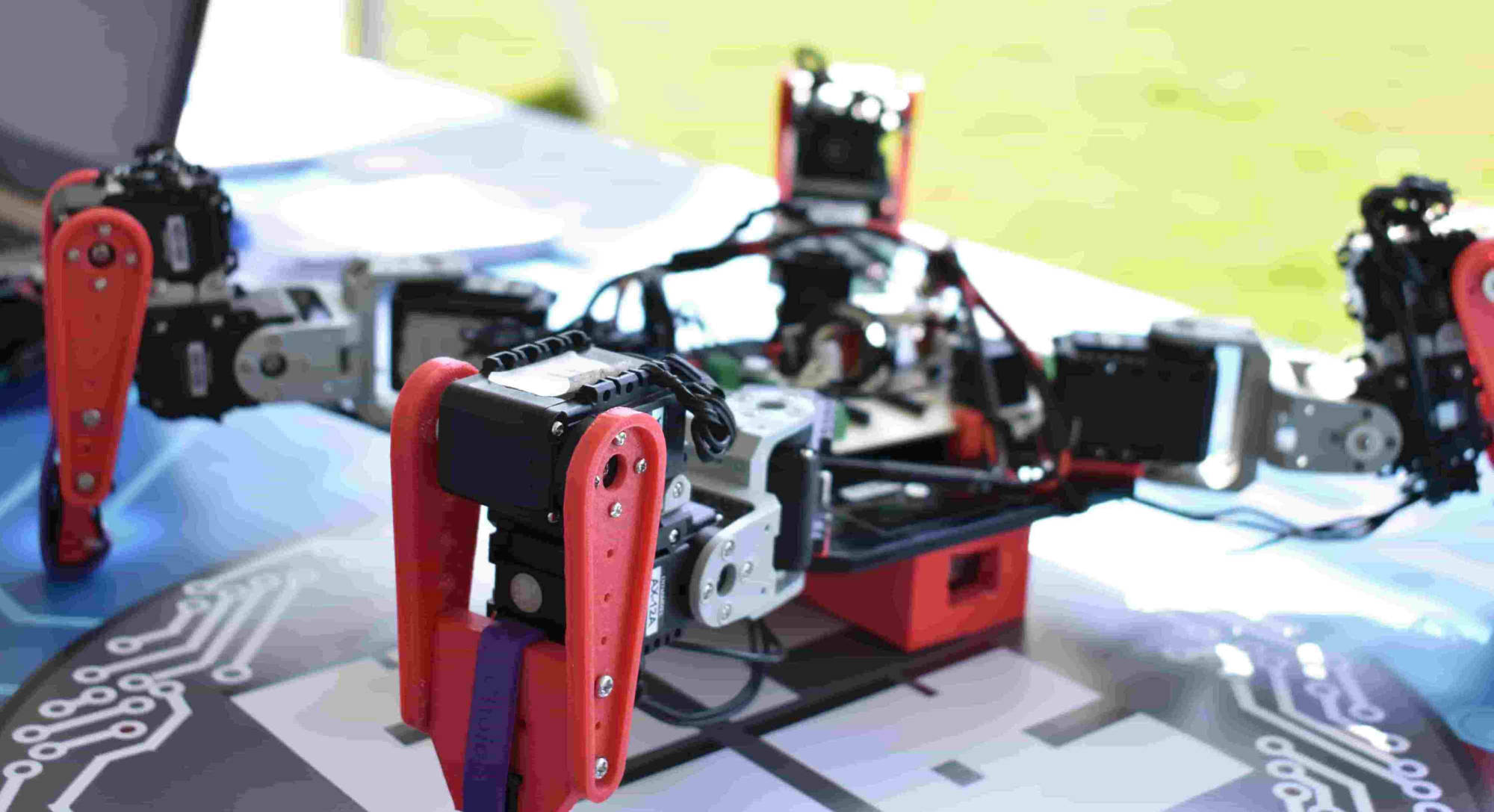 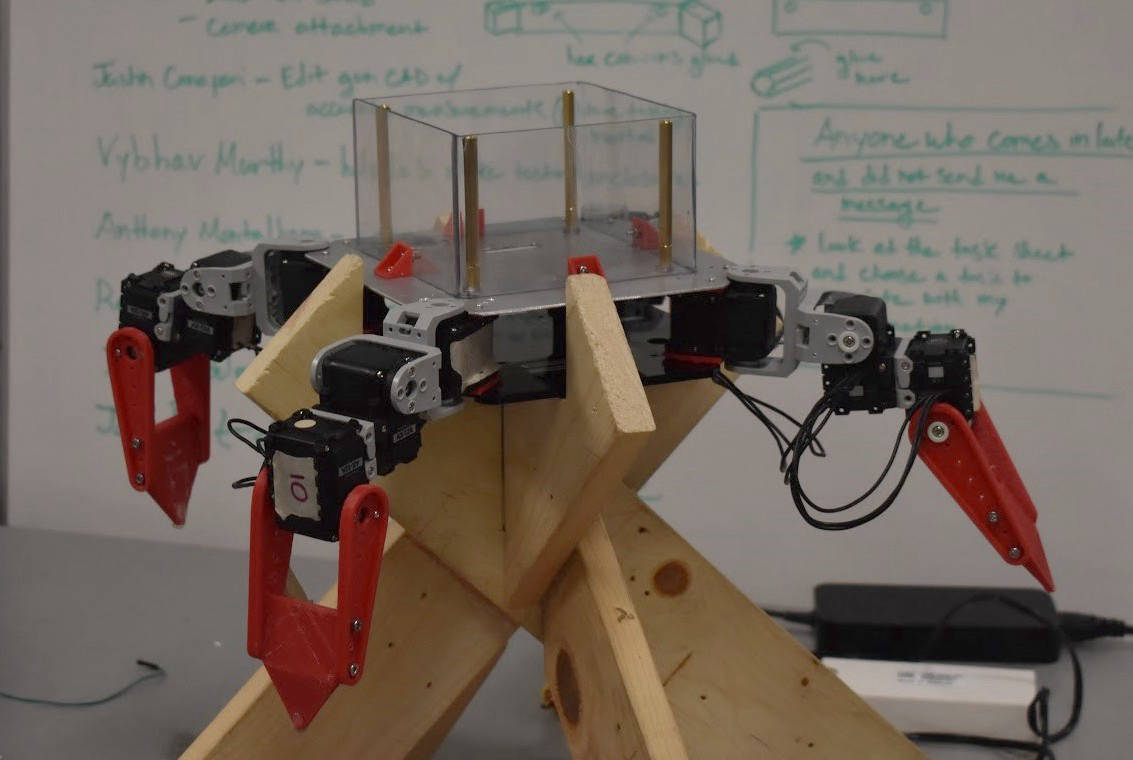 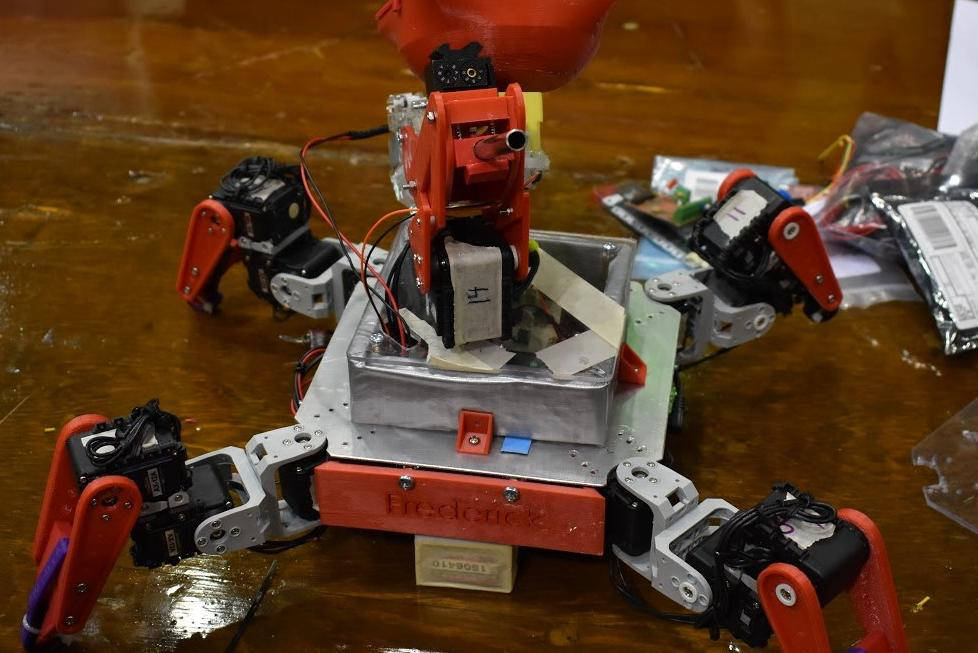 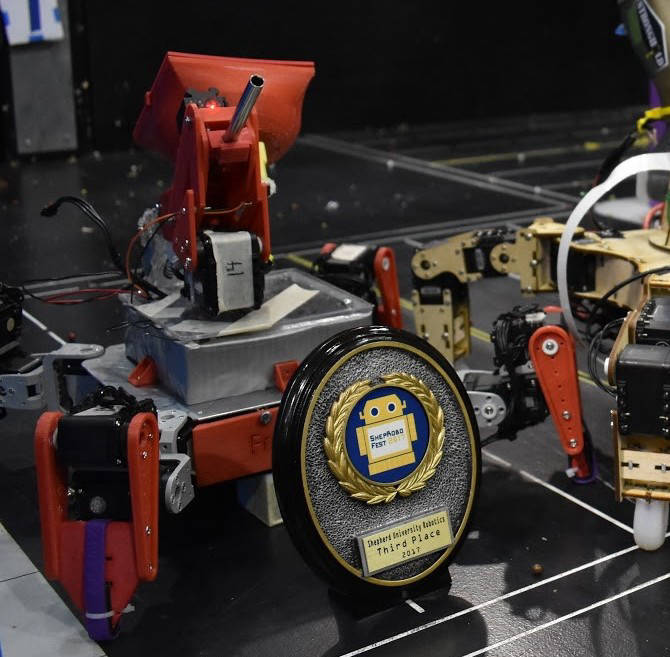 Fred's mechanical system is carefully designed to be modular and adaptable, following an iterative design process. Each leg is designed to be a pivot point to allow for easy turning with the optimal amount of friction. 3D printed parts were custom designed to fit the pre-made Robotis Servo motor attachments. The Robotis Servo and Arbotix System is a collection of highly efficient servos used in hobby robotics. In addition to the high performance and quick response time of the servos, the servos are exceptional for their wide range of motions and ease of programming, making them the idea choice to program.

Fred's electrical system is built on top of custom-made circuit boards that handle the robot's delicate controls and partition sufficient power for all subsystems. Combining the Robotis Servo System with radio communication modules, our robot is fully equipped to lunge into battle with fast and powerful movements. The Electrical team works closely with our Software Team to provide both radio communication and fine tuning of the robot's movements.

Fred's software system is predominantly implemented in C++. The robot is controlled with an XBox controller. Control information and sensor information is broadcast to and from the robot via an XBee radio using the Zigbee protocol. A robust communication system was designed with the electrical team to ensure that a bad wireless connection could be detected quickly. The robot was required to have legs due to the competition rules. This meant that extensive time was put into designing and implementing a system which would allow Fred to walk smoothly and be easy to control. Additionally, a LIDAR was mounted on the robot to provide a 360-degree view of any obstacles around Fred.